A Herriman Utah teenager was arrested after stabbing his best friend during a sleepover last weekend and authorities are investigating whether drug-induced psychosis is to blame.

Run through with a sword

Early Saturday morning following a sleepover between two 17 year old best friends, one of the boys took a collectible sword from his friend’s collection and ran the other boy through the abdomen with it. There was no evidence of an altercation or argument between the boys and as far as both parents knew, they were on good terms with each other prior to the attack.

After calling 911, the victim’s father struggled to subdue the teenager from stabbing his friend again. An officer arriving on the scene struck the boy with a Taser and still the teen continued to fight being restrained. In the end, it took the help of two firefighters to control the teen long enough for the officer to handcuff him.

Authorities were originally puzzled as to why the teenager would stab his best friend, however drug-induced psychosis is a possible cause of the attack. This conclusion would help explain the teen’s ability to fight off two adults after having a Taser used on him as drug-induced psychosis often gives users an added adrenaline rush and inhuman like strength.

Stimulant drugs such as meth and cocaine are believed to be the cause of most cases of drug-induced psychosis. Drug-induced psychosis can produce symptoms such as hallucinations, aggression, disorientation, paranoia, and short term memory loss. When a person under the influence of a stimulant suffers from drug-induced psychosis, they are more likely to behave irrationally and violently, which can lead to actions they may regret, even if they cannot recall the events.

The Herriman teenager who was stabbed is in stable condition and expected to make a full recover. His friend is facing aggravated assault and possible charges of attempted homicide. While his mental instability is expected to be questioned by his attorney, it will do little to repair the damage done to the friendship between the teenagers.

The unusual conviction of Aza Ray Vidinhar, the 16-year-old West Point boy who stabbed his two younger brothers to death in May of 2013, just got a little more complicated with an additional assault by prisoner conviction. While Vidinhar was previously being held in the Mill Creek Detention facility in Ogden, since the assault, he was moved to the Weber County Jail.

A Strange Case from the Beginning

According to KSL News, in 2014, Vidinhar took a plea deal in the murder case of his brothers that was believed to be the first of its kind in the state of Utah. Vidinhar pleaded guilty to the two counts of murder; however, one count was in juvenile court and the other count was in adult court. Providing Vidinhar successfully followed his treatment and didn’t cause any problems, he would have stayed in juvenile detention until he turned 21, at which point he would be transferred to the adult prison system to serve his remaining 15 years to life.

Vidinhar’s attorneys had stated that once that happened, they were planning to ask for an early review hearing from the Utah Board of Pardons and Parole. However, on Nov. 1, Vidinhar added more problems to his situation with an assault by prisoner charge after he attacked a fellow inmate with a broom. On Tuesday, Feb. 24, Vidinhar pleaded guilty to the assault charge. While his sentencing won’t happen until March 23, prosecutors are recommending that the sentence run concurrent with the sentences for the murder conviction.

Assault Charges Vary Depending on Circumstance

According to Utah Criminal Code 76-5 Part 1, there are several forms of assault, ranging from propelling a bodily substance to assault against school employees to Vidinhar’s charge of assault by prisoner.

If you child has been charged with any form of assault, contact an experienced and sympathetic juvenile defense attorney who will look out for your child’s best interests.

One teen is in serious condition and another teen is being sought by police after the two juveniles had an altercation resulting in one stabbing the other. The teen being sought may face aggravated assault charges for his role in the incident. If caught, the prosecution could also seek to have the case heard in adult court.

So Much for Counseling

According to a report from KSL News, on Thursday, Oct. 6, two teens, a 15-year-old boy and a 17-year-old boy, were brought to a counseling session by a caseworker. Apparently things did not go as planned, and the two boys got into an argument as they were leaving the counselor’s office. Unified Police Lt. Justin Hoyal said the 17-year-old proceeded to stab the younger boy multiple times and then fled with the knife.

According to Hoyal, the fight may have been gang related, and the 17-year-old could be a danger to others. Police haven’t released the names of the boys because they are both minors.

According to the Utah Code, assault includes an attempt, threat, or actual action to do bodily injury to another with unlawful force or violence. It becomes aggravated assault when the person committing the assault uses a dangerous weapon or other means of force likely to produce death or serious bodily injury. The knife in question would constitute a “dangerous weapon” in this case. Aggravated assault is considered either a third or second degree felony depending on whether the action was actually carried out and the extent of the injuries to the victim.

In a case like this, the prosecution may seek to have the case tried in adult court, but several factors would have to be satisfied in order for this to occur. One of those factors has already transpired: the fact that the crime committed would be considered a felony if committed by an adult. In addition, prosecution can seek an adult trial if the juvenile has an extensive criminal history. Another factor which doesn’t seem to be at play in this case is if the charge is murder or aggravated murder committed by a juvenile age 16 or older.

If tried as an adult, aggravated assault as a third degree felony is punishable by up to five years in prison and up to $5,000 in fines. A second degree felony may result in up to fifteen years and a fine of up to $10,000.

Aggravated assault is a very serious charge, especially when it comes to a juvenile who shouldn’t be spending five to fifteen years of their life in an adult prison. If your child has been charged with aggravated assault or any other crime, make sure to contact an experienced juvenile defense attorney who will look out for your child’s best interest and work to the best of their abilities to keep the case in juvenile court.

A 17-year-old Utah teen has been arrested and taken to detention while she’s being investigated for her role in an alleged aggravated assault incident involving her father. 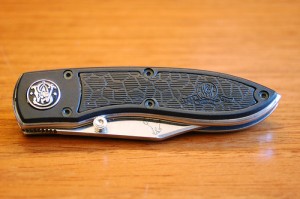 Authorities are trying to piece together exactly what happened, but believe that the girl was involved in an altercation with her father during which time both behaved inappropriately. The father stated that the two were arguing and he threw the girl down when she tried to stab him with a kitchen implement.

His story is that the teen left the room and came back with a pocketknife which soon ended up in the father’s thigh. The girl then left the house, but police found her at some point. She had injuries that police seem to think showed she’d been grabbed repeatedly around the neck. The teen stated that when her father threw her, she hit her head.

Both parties to the incident were given medical treatment before being booked into their respective law enforcement facilities. The father is being investigated for child abuse.

An interesting question arises from this situation: if one person grabs another person by the neck and throws them to the ground and the second person responds with force is it truly an instance of aggravated assault or rather self-defense? This is a question which a Utah juvenile defense attorney might pose in court.

Hopefully the young lady will receive appropriate legal counsel. It’s got to be tough when a family squabble turns violent, but maybe there’s more to this story than meets the eye.

If you have a child who’s in a legal mess, don’t wait to talk to a Utah juvenile defense attorney. Kids need legal counsel just as much as adults and you shouldn’t have to attempt to navigate the juvenile justice system on your own. Call an attorney today.

A 16-year-old Utah juvenile girl is being questioned following an incident where she allegedly stabbed her mother multiple times.

It’s reported that the incident followed an argument between the girl and her mother; the mother apparently received surgery but is expected to recover. It is also believed that the Utah juvenile will be booked into juvenile detention.

While this offense is serious, kids often make mistakes that they wouldn’t make as an adult. When tempers flare, situations can easily get out of hand. Even though this Utah juvenile may have committed an error, it doesn’t mean she can’t be helped.

If your child has been charged with any offense, don’t wait to contact a Utah juvenile defense attorney. When kids are charged with juvenile offenses, they need and deserve to have expert legal representation. Don’t assume that just because they’re kids they’ll automatically be treated fairly.

Make the right decision and call a Utah juvenile defense attorney today. Look for an attorney who has experience in defending juveniles and who is successful. Hiring the right attorney immediately may help your child’s case resolve in the best way possible and may also be the best choice you can make, both for your child and your entire family.